● Reiterates commitment and long-term association with the state of Bihar and its people since 1932
● Contributes towards development and growth of Bihar, manifesting in the growth of Eastern India
● Does a road show canter displaying the strength of iconic structures which was built by the brands over decades.
● Felicitates ex-service men for their strong commitment to the country – embodying the strength of the brand

Samastipur, Bihar, August 16th, 2019: Dalmia Cement (Bharat) Limited (DCBL), India’s leading cement company since has been working relentlessly in the Bihar region since 1932 for over the last 80 years. The recently acquired plant in Banjari is the first and only integrated cement plant in Bihar, with over 10 lakh tonnes per annum production capacity.

DCBL has been focused on the development and growth of the state of Bihar. Its acquisition of Kalyanpur Cements Limited (KCL) in 2018, has given a thrust in capacity expansion and infrastructure development of the state.

On the 73rd Independence Day, Dalmia Cement (Bharat) Limited reaffirmed its long standing and unique relationship with the people of Bihar with a road show to further augment development in the state. The activity is aimed at two key locations Darbhanga and Madhubani in North Bihar with a view to introduce new channel partners & establish brand salience. The activity kick-started on 15th August and will extend till 20th October, 2019. It will witness enormous customer engagement through interactive activities such as the road show, nukkad natak and unique games to engage audience through innovative and unconventional techniques, educating customers about Konark and Dalmia Cement brands across all touch points.

It is being executed through a canter displaying the strength of iconic structures which was built by the brand over decades. This will be touring the length and breadth of North Bihar especially in the districts of Darbhanga and Madhubani and is aimed at spreading the rich legacy of the brands amongst retailers, consumers and masons.

Commenting on this initiative, Mr. Indrajit Chatterji, Executive Director, East, Dalmia Cement (Bharat) Limited said “On the occasion of our 73rd Independence Day, we take pride in our rich legacy of over 8 decades in the state. Our relationship with Bihar dates back to the pre-independence era and today we further bolster our commitment towards the development and growth of this state. As we move ahead, we decipher to make Dalmia Cement as the most astounding brand for new age construction.”

Dalmia Cement (Bharat) Ltd. also felicitated nine senior ex-service men from the Samastipur district with a Dalmia Cement citation. All of the ex-servicemen are between the ages of 70 to 90 years and have dedicated their lives to the service of the country. The event was kicked off at the flag hoisting ceremony in Samastipur.

Mr. Chatterji further added, “We feel that it’s our moral duty to facilitate and honour the heroes of our country (ex-servicemen) who stood with our nation in times of distress and what better occasion it could be than Independence Day to commemorate their valour. The brand Dalmia echoes three values- ethos strength, longevity and grit, which personifies the zeal of our army men too.”

With renewed vigour DCBL worked in tandem with the Bihar government to ensure revival of the company. This historic plant is the only integrated cement unit in Bihar. The plant has a strategic advantage, having an installed capacity of 1.1 MTPA and Clinker 0.7 MTPA. Located in Banjari, district of Rohtas, Bihar, it has a captive Limestone Mine Reserve at Murli Pahari and is just two kilometres away from the plant, with a capacity of 13 MnT.

The float is expected to touch as many as 500 retailers, covering a stretch over 7000 kms in North Bihar in 60 days. An engaging communication skit shall be enacted between the personified versions of the Cement bags spreading information on the USPs of the brands across the region.

The Dalmia Bharat Group has been a part of India’s growth story for over eight decades. The state of Bihar is a key focus for the company, which continues to grow its operations, providing livelihood and progress to its people and development in the entire Eastern region. At present, with DCBL’s production capacity in the Eastern region at 12 MTPA, it enjoys nearly 16% of the market share in the region.

Dalmia Cement (Bharat) Limited (DCBL), a subsidiary of Dalmia Bharat Limited (BSE Code: 542216|NSE Symbol: DALBHARAT and listed in MSE), is a leading player in the cement manufacturing segment and has been in existence since 1939. Dalmia Cement is the only cement company in the world to have the lowest carbon footprint. Dalmia Cement was the first Indian company to join RE100, and the first company in the world to join both EP100 and RE100 - showing real business leadership in the clean energy transition by taking a joined-up approach. With a growing capacity, currently pegged at 26 MnT, Dalmia Cement is also the fourth largest manufacturing capacity in India. Spread across nine states and 12 manufacturing units, the company is a category leader in super-specialty cements used for oil well, railway sleepers and air strips and is the country’s largest producer of slag cement. Dalmia Cement has also partnered with International Finance Corporation to promote sustainable business. Visit us at https://www.dalmiacement.com

Note to the editor: 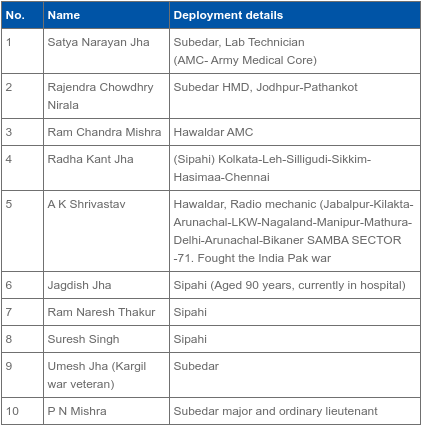